Weston earned outstanding CCASS rating for the timely completion of a $2.1M project to repair and upgrade the fuel farm at Marine Corps Air Station (MCAS) Quantico, VA, responsible for the helicopter transport of the President of the United States.

Weston was contracted to replace and upgrade aging DoD fuel infrastructure and system components at the MCAS Quantico Fuel Farm, which supports flight operations for Marine Helicopter Squadron One (HMX-1), which, among its critical duties, is responsible for the helicopter transport of the President of the United States and is the primary operational test and evaluation unit for Marine assault support helicopters. With this unique mission, MCAS Quantico Fuel Farm places a particularly high value on fuel quality, reliability of its bulk fueling systems, and security when performing work at the installation.

For these activities, lines were drained and locked out and tagged out prior to cutting or welding. Certified welders used the gas tungsten arc welding process and carbon steel ER 70S-2 filler metals to ensure a complete weld. A total of 10% of the new welds were tested using radiography methods, and 100% of the new piping and valves were pneumatically and hydraulically pressure tested, painted in accordance with UFGS, and labeled according to Military Standard (MIL-STD) 161G. Safety planning and stringent work execution ensured that no releases (e.g., lead, fuel, paint) occurred and no workers were exposed to hazardous or toxic conditions.

Weston verified and redesigned the piping expansion loops and the pipe anchor systems to allow safe movement of the system without constraints. This design increased the piping loops and replaced the pipe anchors with standard slide guide assemblies. New pipe supports and pipe support foundations for the expansion loops were designed and installed. Weston performed hydraulic calculations to determine the compressive and expansive stresses of the pipeline and the effects on the tanks.

After all new equipment had been installed under these first two major work packages, Weston filled, cleaned, and flushed the piping and new components. The filter vessels, existing control valves, and existing offload scully system were tuned, tested, and commissioned to ensure that the new work operated seamlessly with the remainder of the fuel farm equipment, although not part of Weston’s Statement of Work.

During the commissioning of the new equipment, the set points for control valves and overfill protection and other operational functions of equipment that were not within this TO scope were also tested and corrected to provide a fully useable system. To ensure that the end users had a functioning system, each loading and offloading component was tested and calibrated. As each fuel type was run through the commissioning, vessels and valves were adjusted. At the completion of the commissioning process, the existing system components were recommissioned with the new equipment.

“This project combined several projects into one Contract. The Contractor was able to complete the project using serval discipline/subcontractors (coating, mechanical, electrical, civil) with different types of material and equipment. There were 12,653 manhours expended on-site without even a slightest safety mishap. The daily reports were issued every morning, and all questions asked by the government were immediately responded to. The schedule was strictly adhered to. This is significant since the Contractor was only allowed to work on site 8-10 hrs a day, 5 days a week, There were only two RFI’s, and one small modification.”

Dr. Schriewer is an expert in the gene-specific quantification of fecal indicators and pathogens in the environment and their relationship to human health. Over 15 years’ industry experience and over a decade of microbiology experience. Authored over 20 peer-reviewed scientific publications regarding chemical and biological water quality, treatment and detection methods, the application of MST, and human health risk assessment.

Ms. Margolis has 18 years’ experience as an environmental biologist. Areas of expertise include NPDES Permit compliance, development of monitoring and assessment plans and technical reports, and laboratory oversight and management. Comprehensive experience with toxicity testing of water and sediments, including toxicity identification evaluations.

Mr. Myers has over 23 years’ experience in air and emissions testing that includes operating, maintaining, and troubleshooting continuous and non-continuous air monitoring instrumentation. Electrical/mechanical grade technician who has operated and repaired equipment, including but not limited to, NOX, CO, SO2, O2/CO2, THC, FTIR analyzers, Gas Chromatographs, mass spectrometers, and data logging systems. Experience also includes extensive use of dry gas metering consoles performing various test methods. Proficient in the use of equipment including but not limited to Volt/Ohm meters, dry gas meters, calibration/audit technology, CEMS monitoring analyzers and equipment.

Mr. White has over 14 years’ experience in the Ambient Air Quality arena, specializing in PM2.5, PM10, TSP, PUF, PSU sampling, as well as Continuous Air monitoring for O3, CO, NOX, NO2, NO, SO2, and VOC Canister Sampling. He is certified in Gas Chromatography. Experience working on TCEQ and private industry CAMS contracts including Laredo, San Antonio and Waco where the sites have meteorological towers with wind speed, wind direction, and ambient temperature, and he performed all PMI Manual maintenance, LCCs, calibrations, and verifications on station equipment. Experience also includes the implementation and operation of fence-line and fugitive monitoring test programs.

Mr. Henke has over 30 years’ experience in environmental assessment, remediation, and compliance. Extensive knowledge of TRRP and the PST Program. A Professional Geologist and Hydrologist experienced with implementation of petroleum hydrocarbon and chlorinated solvent assessment and remediation projects. Experienced in implementation of complex projects under TRRP in the VCP and Corrective Action Program. Experience includes hydrogeologic systems and contaminant transport mechanisms.

Mr. Leatherbury has over 25 years’ experience in environmental permitting, remediation, compliance, and management to include multimedia compliance, property redevelopment, and capital project permitting. At Weston, he leads the energy industry business in the southwestern portion of the country, including power utilities and the oil and gas sector. Specialized expertise includes environmental information management, data analytics, and software.

Ms. McInnis has over 25 years’ professional experience in the construction industry and has demonstrated skill in building solution-driven, stakeholder-oriented execution teams to face challenging requirements. In her 14 years at Weston, she has led numerous projects with a special focus on POL facility repairs, serving AF and Army installations across the continent, and successfully managed over $27M in facility and tank repair projects supporting the military fueling mission.

Mr. Johnson has over 14 years’ professional experience, including 11 years in AFCEC construction and 6 years managing Fuels projects at Weston. Expertise in civil and environmental engineering and design; project management; construction management; aircraft fuel storage and distribution system construction and repairs including heavy civil repairs such as parking areas, containments, and canopies. A registered Professional Engineer in Colorado, he is also knowledgeable in the management of hazardous materials and regulatory interface; Stormwater Pollution Prevention Planning; and Spill Prevention, Control, and Countermeasure Planning. Mr. Johnson has demonstrated leadership in team building and solving constructability issues.

Mr. Coggins has 27 years’ professional experience with expertise in Fuels Construction, Maintenance, Automation and Repair. For Weston, he leads a project that spans 25 Army Defense Fuel Supply locations in the United States. Responsibilities are to ensure each location is being maintained per the UFC 3-460-03 and the Huntsville Army Corp Contract. As Project Manager, he manages self-perform teams and contractors to perform quarterly, semi-annual and annual inspections and ensure all emergency repairs are reported and corrected within 72 hours and all standard service orders are submitted within 18 days. Specialized expertise includes service order management, maintenance of hydrant and tank farm fuel systems, development of databases and graphics for computer based IC systems, development of leak detection software, development of hardware testing and installation surveys. To learn more about the federal PM’s responsibilities and competencies visit Ken’s Coggins LinkedIn profile: https://www.linkedin.com/in/kenneth-coggins-64a30b4/ .

Mr. Shahi has over 30 years’ professional experience and expertise in Design-Build delivery of POL, infrastructure specialty and remote location projects with challenging design and logistical requirements. He has served Weston in support of NAVFAC, AFCEC, and other DoD execution agencies for over 20 years across 8 ID/IQs exceeding $2B in program value. Under the ID/IQs overseen, he has led support of Design-Build POL SRM programs, traditional facility SRM design and construction services, and DLA requirements.

Mr. Harrah has over 25 years’ professional experience and expertise in engineering, project management, client service and program oversight. He has served Weston in support of AFCEC and other Air Force (AF) execution agencies for over 14 years across 9 ID/IQs, exceeding $1B in services. Under the ID/IQs overseen, he has led support of AF POL sustainment, restoration and modernization (SRM) programs, POL Title I and II services, traditional facility SRM design and construction services as well as environmental investigation and remediation services for both the AF restoration program and Defense Logistics Agency (DLA) environmental requirements.

As Program Manager, Mr. Steigerwalt collaborates with senior management to drive strategic issues impacting Military Munitions Response Program and Operational Range Sustainment services. Leads Weston’s quality management system, which is accredited under the DoD’s Advanced Geophysical Classification Accreditation Program per ISO 17025:2005. For 16 years, he has managed and provided technical contributions for over $150M in environmental restoration projects. Proudly represented Weston for over a decade as a Member, Board of Directors at the National Association of Ordnance Contractors (NAOC) where he has also served in a number of leadership positions including President, Vice President and Chairman of the Technology Committee. As Principal Investigator for two DoD Environmental Security Technology Certification Program contracts, managed the development of underwater munitions detection technologies and oversaw geophysical classification Live Site Demonstrations geared toward technology transfer.

As Navy Account Lead, Mr. Accardi maintains active contact with NAVFAC and the USCG, identifying and developing opportunities to support these clients to fulfill program requirements Weston can uniquely support. 43+ years of engineering, management and business development experience with environmental, civil infrastructure, vertical construction and energy projects for both government and private industry. John’s history with the Navy client includes the program management of contracts exceeding $150M. Extensive experience establishing and managing federal business development programs for which he has managed and authored $3.5+B in successful federal proposals for the U.S. Navy, USCG and other federal agencies, including individual procurements exceeding $900M. Leads the Capture process through long-term relationships with other environmental, design and construction contractors of all size categories, forming many winning teams. Involved in SBA Mentor- Protégé (M-P) Program since its formation. Leadership roles in SAME for 36 years where he is a member of the Academy of Fellows, currently an Elected National Director and Executive Committee member who has held many roles through the years, including Regional Vice President, National Director, Program Chair for a National Conference, Program Committee Session Chair for two National Conferences.

Mr. Sanford has served in leadership positions for Weston’s Army, DoD, and Federal business programs for 17+ years.  Instrumental in the growth and increased diversity of Weston’s DoD business. Joined Weston in 2001 following a successful Army career, which culminated with his service as Commander of the Tulsa District and Chief of Staff for the USACE. He retired from the Army as a Colonel and brings 40+ years of experience in senior leadership and management positions in the public sector. Registered P.E. in the State of Illinois; Fellow in SAME; member of the Army Engineer Association. 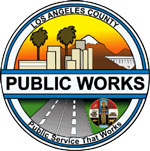